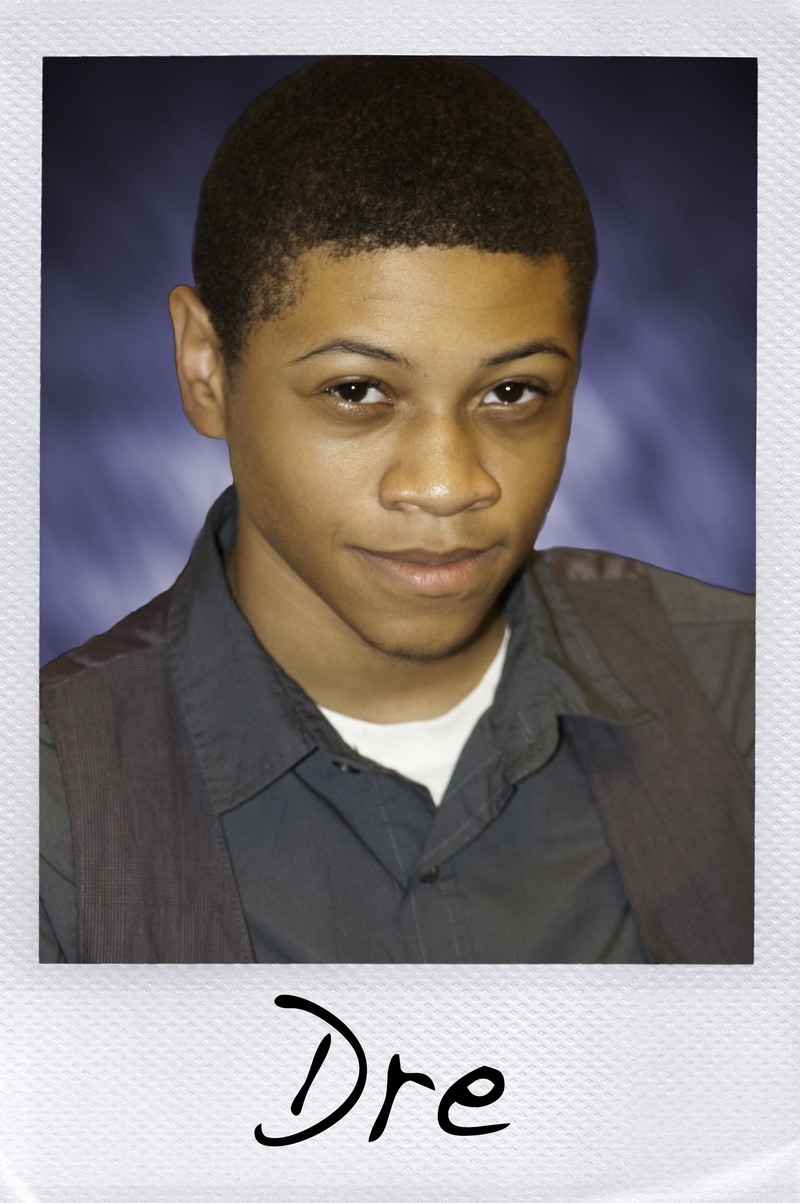 Jaylen Boone is the youngest member of Crown Productions, yet his light shines as bright as the rest. He began singing before acting, so he is most comfortable singing. Jaylen won second place in a talent show held at Washtenaw Community College when he was in the 3rd grade! He has played the role of Jesus, nerd and a student. This is the first time I get to be an annoying little brother. “I have a lot of experience to pull from.”

When asked what was his favorite television show he replied, “Tyler Perry’s House of Payne.” It relates to not only my family, but to my Christian background as well. Jaylen would love to portray a boy who has an amazing voice but he is to shy to let the world know. “I would like to show how he overcomes this obstacle because we all get a little shy to share our talents from time to time. This might help others.” Jaylen declares that Trisch’e is the funniest person in the cast. “My first time meeting her was odd because no one has ever made me laugh the way she did.” He went on to say that, “Conrad who plays Chuck; is most like his character. He’s very funny and he is a good person to advice from and he is so welcoming. On that same token, Vincent Kelley who play Tommy; is least like his character because unlike his character, he is a great dad to his children, and he would never cheat.” If Jaylen’s life was ever made into a movie, he feels that Evan Ross would be the perfect candidate to play the role because he like him and their acting abilities are similar.

Singing and acting is not all Jaylen does. He plays piano by ear, writes poetry and enjoys miming! “Yes I mime. This talent came unexpectedly. One day while sitting in on one of my Aunt’s dance rehearsal at church, I asked her why we don’t have a boy’s dance team. She answered, “Good question.” So we went to the pastor to get his permission to do so, and we gathered a group of young men and started the “Mimers of Grace.” We have performed for powerful speakers like Prophetess Joyce Haddon, Deitrick Haddon`s mother, Beatrice Gardnier, Barbra Calloway, and Carnell Murrell who helped me improve my vocals.” Jaylen is a shinning star in school as well. Currently he carries a 4.0 GPA with tons of accolades to accompany his high marks. I would like to be remembered as a seed growing that goes through rain, snow, heat, and changes, and will not stop growing until those obstacles are no longer a factor in my life.” Keep a close watch for this phenomenal young man.

Reply Jamosfum
10:57 AM on May 31, 2021
Excellent posts. Appreciate it.
https://topessaywritingbase.com/